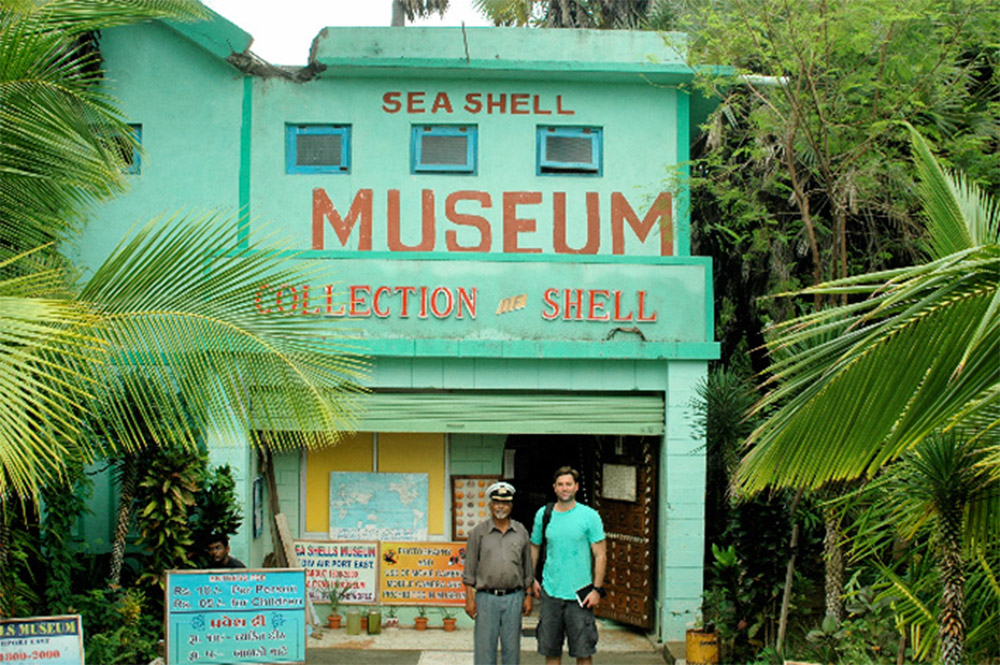 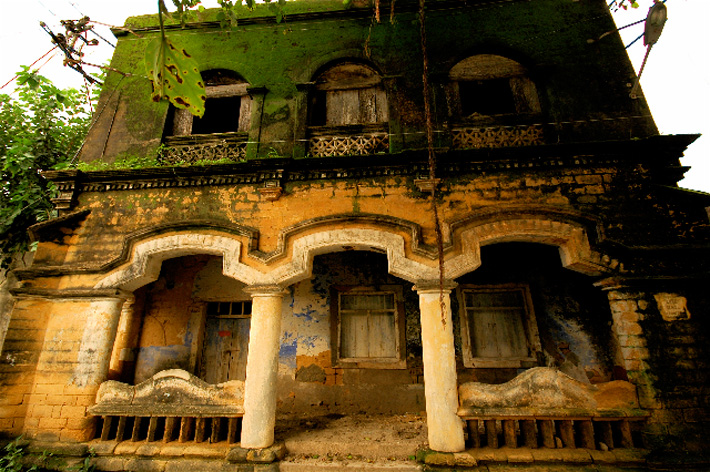 Set apart, but infrastructurally attached to, the southern tip of Saurashtra, and perhaps symbolizing its multi-cultural history, the charming if neglected island of Diu is a welcome stop over but hardly a seaside destination in its own right – at least not for westerners. Governed from Delhi, with the other Union Territory of Daman, it’s heady combination of Portuguese-Indian roots (it was still under Portuguese control 44 years ago) lend it its historic charm and laid back, somnolent character and while it has accessible beaches (it’s also a popular holiday resort town for local Gujarati’s), good seafood, alcohol (the local drawcard), and historic points of interest, it may not warrant a detour, especially if traveling by car, as its feeder roads are horrendous.  However if you do find yourself needing a few beers, a swim and a Diu-style crab or prawn curry, rather fly directly in to its airport (served by Jet Airways 02875/253542 daily except Saturday via Porbandor) and stay just outside the old town at the local 3-stars Radhika Beach Resort on Nagoa Beach (02875/252553 /54/55 www.radhikaresort.com).  By far and away the most upmarket accommodation on the island, its 42 rooms are situated around a sparkling pool and manicured gardens. Clean and functional but unattractive, they all have a/c, fan, minibar, balconies and attached bathrooms. Ask for a pool facing deluxe room (Rs 3050) or a VIP suite (with bathtub) (Rs 4050) with a sea view. It also has a small gym, Internet access (Rs80 per hour, no wi-fi) and its restaurant serves fresh, tasty local fare as well as western food. Just down the road from Radhika, and not to be missed, is the Sea Shell Museum (daily 9am – 6pm Rs10), the largest collection of sea shells in the world, personally collected by Captain Fulbari over 44 years during his lifetime at sea; it harbors a fascinating and novel insight into the passionate mind of a marine enthusiast. 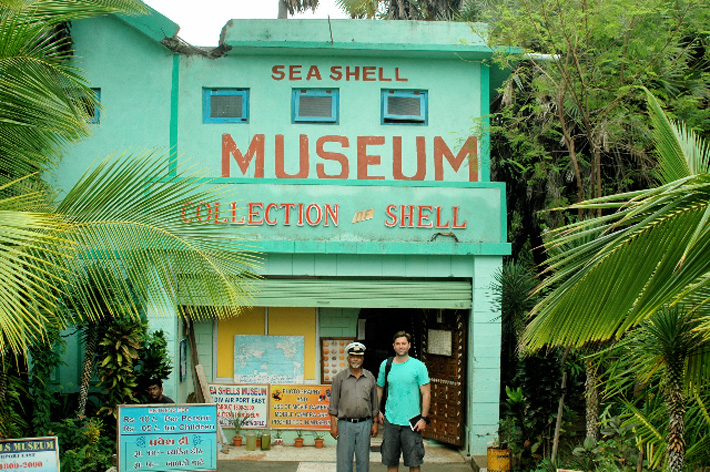 With Captain Fulbari outside his shell treasure trove 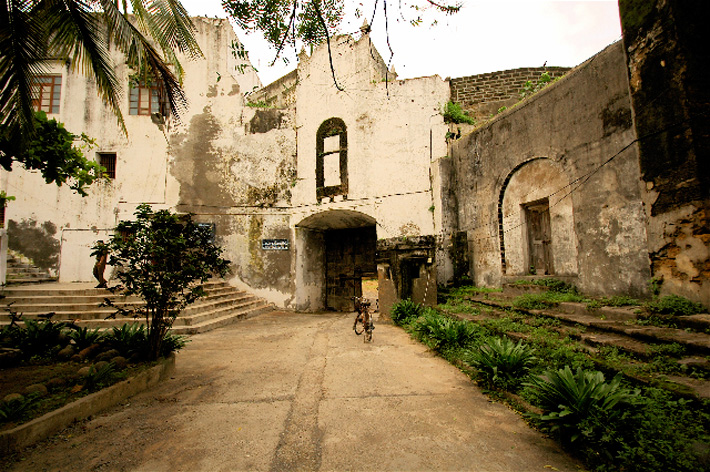 Diu Fort on the Gulf of Cambay

The quaint and charming Diu Town in the east of the island is well worth an evening or early morning stroll along its labyrinthine streets and alleyways with their old, derelict Portuguese buildings. The fort, testament to the strategic importance of the town, and dating back from 1535 when the Portuguese promptly fortified it after finally managing to take the town from Sultan Bahadur of Gujarat, merits a visit and its ramparts command sweeping views over the Gulf of Cambay, the mainland and back along the islands’ south western coast. After visiting the old fort and then the museum (located at the now disused St Thomas Church, both free) stroll over to the family home of Heranca Goesa (02875/253851) for a Portuguese dinner of chicken peri-peri or Goan style seafood.

It is advised not to take alcohol outside Diu without a permit, as there are police roadblocks when you re-enter ‘dry’ Gujarat.

In Search of Spices – a Keralan Journey Why book with us?